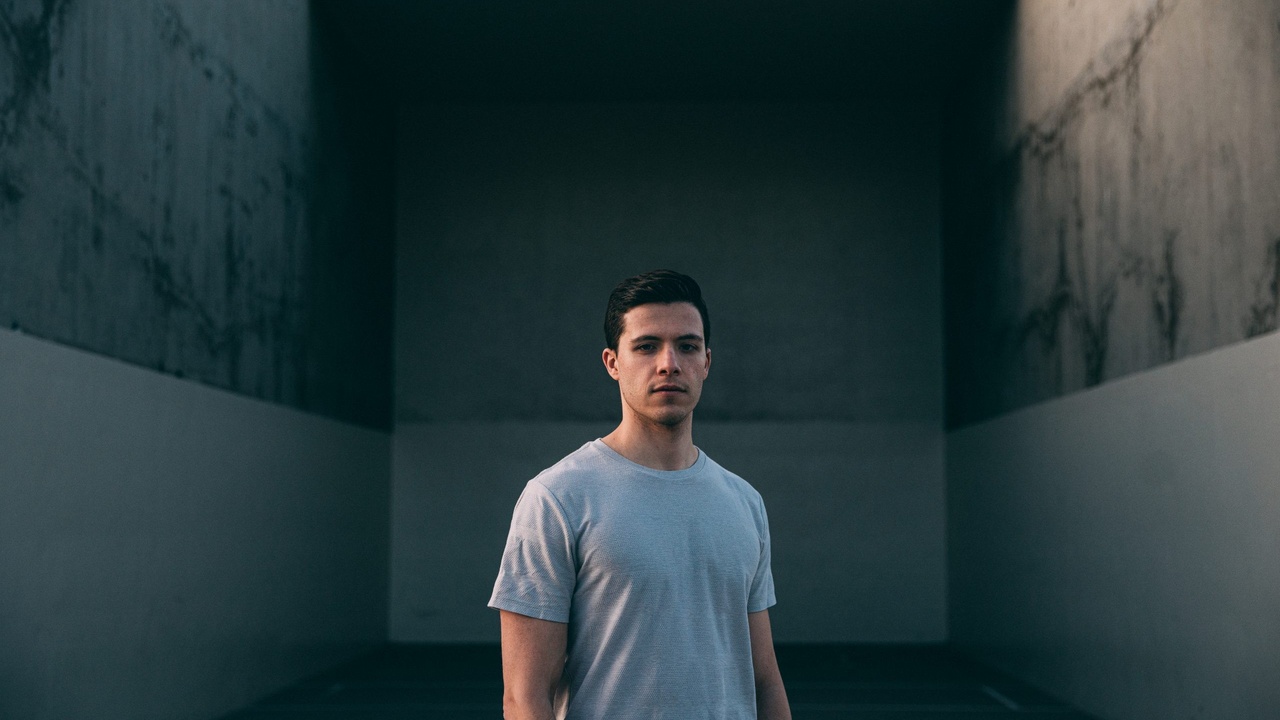 Originating from Washington DC Michael Gold aka Enamour has had a stratospheric rise over recent years. With a string of releases on a broad range of labels ranging from the mighty Anjunadeep through to Yoshitoshi and Desert Hearts Black. His ear for sublime wistful melodies and ethereal organic sounds has seen him in high demand as both producer and DJ.

Gold has proved himself a brilliant producer, Eurorack whizz and his mastery of DAWS such has Ableton Live have seen him appear on a number of platforms delivering insightful tech tips.

We had a chat to focus in on and pinpoint exactly how he achieves his lush Organic, Melodic House sound.

How to Produce a Melodic House hit on Beatport

Build The Track Around The Hook

Michael explains that one of his early mentors Lane 8 reviewed some of his music and gave him some crucial advice which helped propel his career forward. It was simply to stick to one or two ideas, to relax and stop trying so hard to over complicate things.

Michael advises upcoming producers to build their track around the hook as ultimately it’s long term success will come down to the ‘power of this element’.

He suggests that producers reflect on their track and consider if they would be able to hum it or describe it in words to someone else. The success of labels like Anjunadeep, This Never Happened and other organic house labels often comes down to those emotive, melodic hooks that just stick in your head for days (although you could use any dominant element as long as it is distinctive and memorable).

Revolving the track around this one central element has other benefits as Michael explains he soon found his mixdowns were much ‘cleaner’ and he was spending far less time doing them because he was much more ‘intentional with his composition and arrangement’. 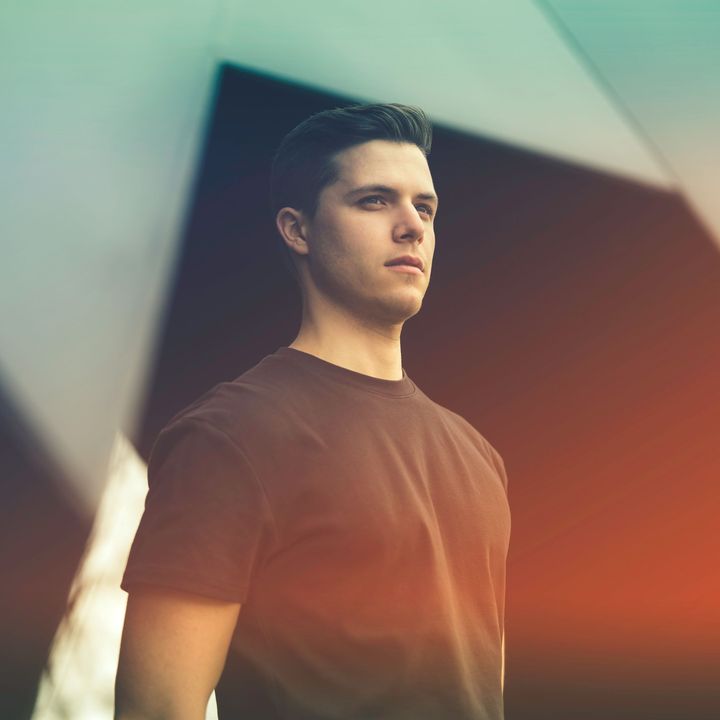 How can I get my track signed and make it stand out?

Now that he receives lots of demos and also works mentoring artists Michael has noticed that a common trap emerging producers often fall into is writing predictable drums. We all know that slapping down a generic kick drum and clap throughout the whole track is very obvious, yet too often producers can neglect the detail which can makes their drums really shine.

Investing effort into this area of your production, can help get your tracks noticed and provide the ‘ear candy’ that will engage listeners throughout. When producing as Enamour, Michael tries to ‘push the limits of midi’ by including little glitch fills or flams that would be impossible for a human to play in and then sometimes contrasts these with organic elements like ‘egg shakers and foley percussion’ recorded in live on the microphone.

To add greater variety and interest he often uses an anchoring back rhythm or interesting melodic percussive part all the way through the track to provide an additional polyrhythmic groove for listeners to hook into rather than just the standard kick and open hats that have become so common place.

How can I speed up my workflow?

Another way to fast forward your production process and gain momentum whilst making music is to prioritise organising your samples and sounds. Whilst working with new producers Michael often finds them searching endlessly for a new kick or clap sound which quickly puts the brakes on any creative flow that is being generated in the session.

Michael suggests that you simply ‘avoid looking for new loops and samples to use in each session’. Instead, he recommends that you ‘highlight or star favourite sample packs’ or preferably create a well organised folder of your best samples that you can constantly go back to and reach for when required. Not only will this save invaluable time during the production process but it will also help you establish your own sound by restricting your choices.

Michael adds ‘the best thing I ever did was to create my own sample pack based on my previous productions’. This resource is a palette which helps create the trademark ‘Enamour’ sound and is constantly recycled to give continuity to his productions.

How Can I Make Sure My Music Works on the Dancefloor?

No it’s not a stark message about the encroaching dangers to the planet!

Instead as a final piece of advice Michael suggest that once you have mixed down your track, you listen to it repeatedly in different environments. He goes on to say ‘you need to think about different listening environments such as iPhones and club systems’.

The track needs in the modern music market to be ‘digestible’ in both forms for maximum success and to allow the track to ‘cross over’.

Therefore careful consideration of how you process sub bass for example is important and listening to the track in the various ways in which it will be consumed is critical for getting a track that works well in all formats.

How can we help you here at MYT?

We have an incredible catalog of resources to help you, including our Organic House Production course, which guides you though the Production workflow of how to create tracks in one of the most up and coming genres in all of Electronic Music - you can get this course and over 20 more by becoming an MYT AAA Member - click here for more info 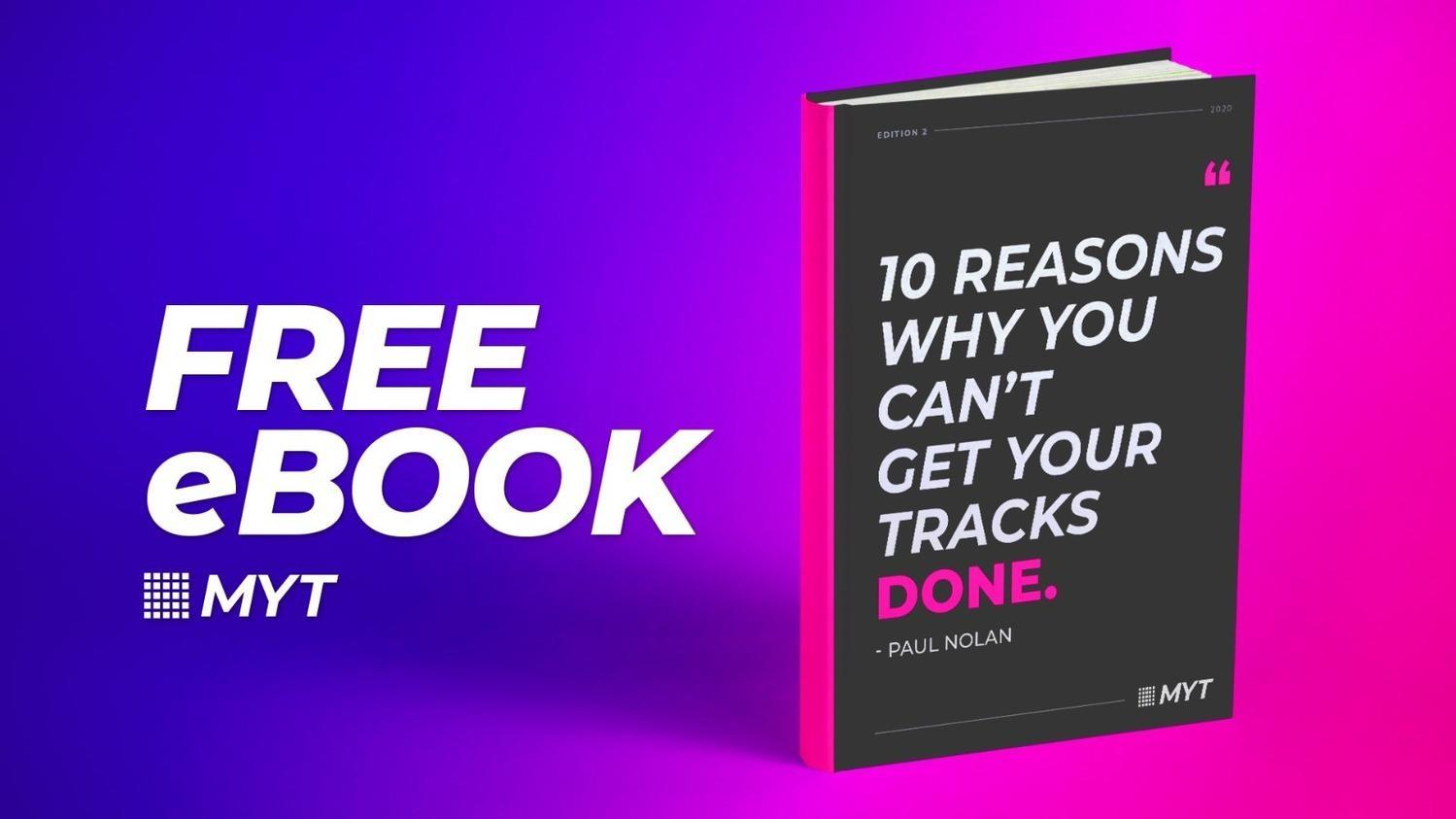 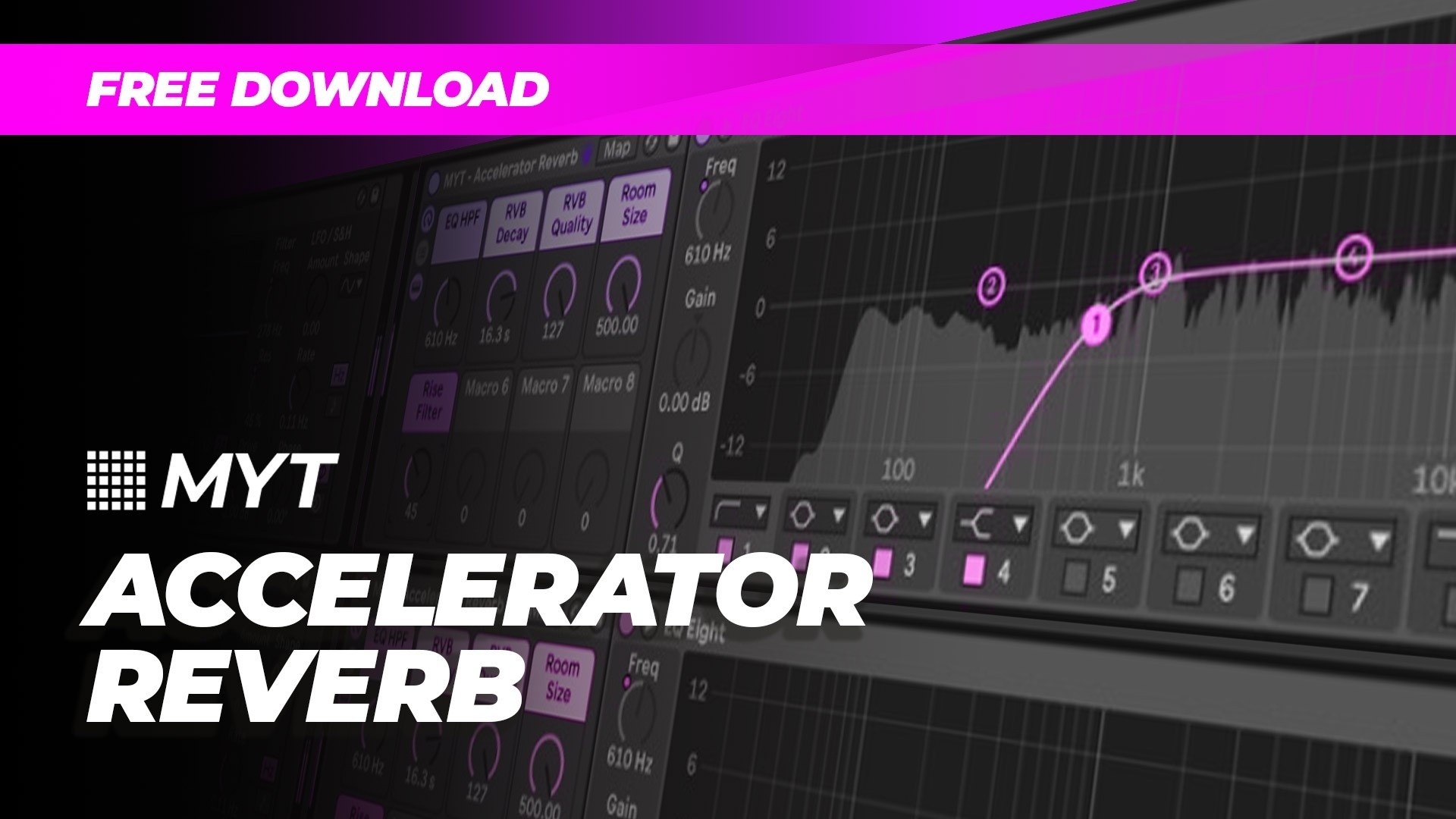 GET YOUR FREE MYT ACCELERATOR REVERB FOR ABLETON!

USE THE REVERB MYT FOUNDER PAUL NOLAN HAS USED IN THE PRODUCTIONS OF SOME OF THE WORLD'S BIGGEST ARTISTS! 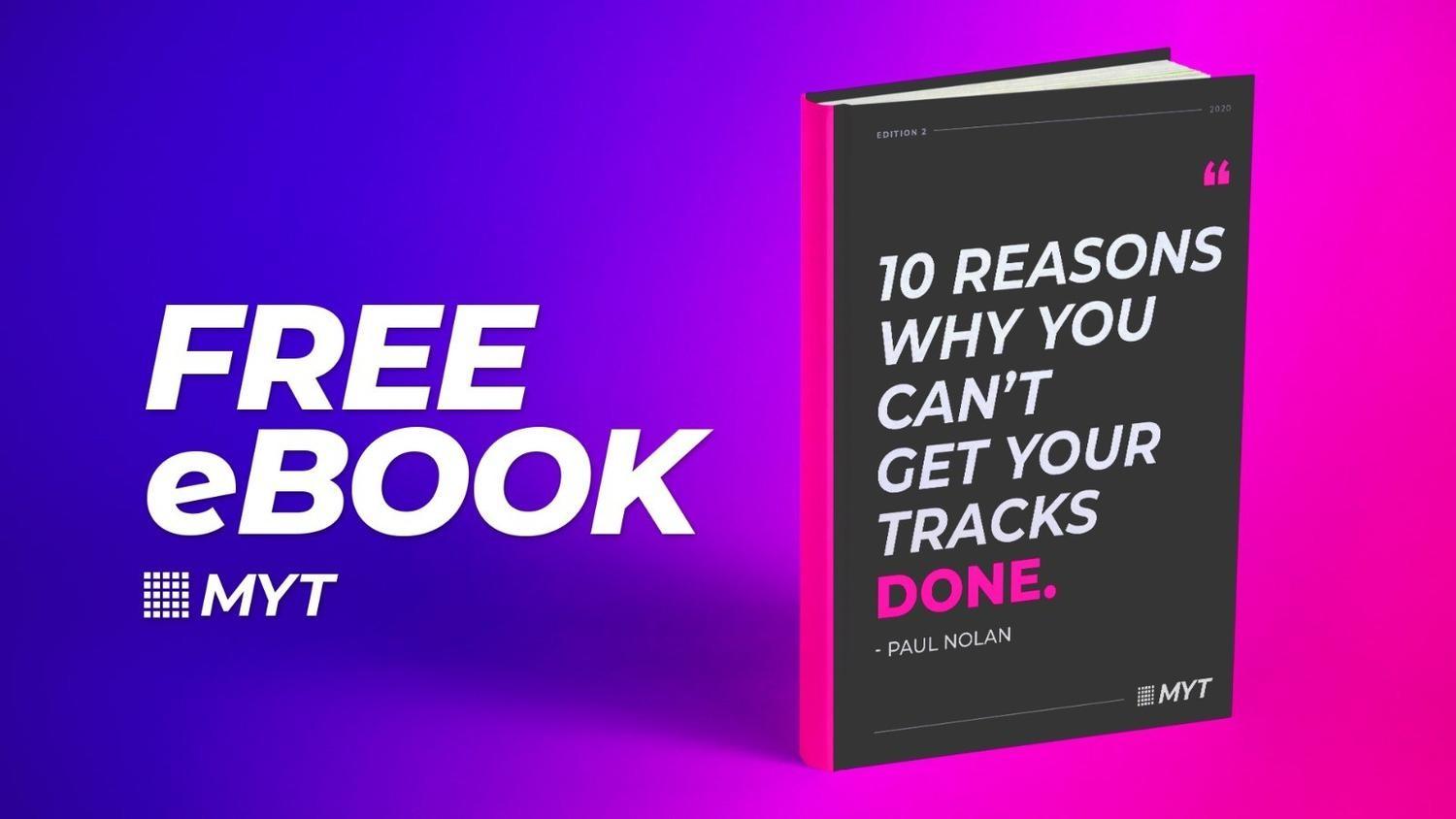